Here at Frontier Kids Care, we continue to tell all our patients about Love and Logic®, the new fun way of parenting. 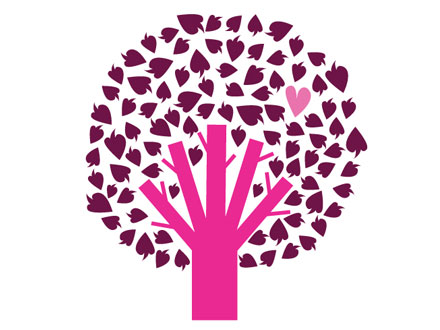 Love and Logic® is  an approach to raising kids that provides loving support from parents while at the same time expecting kids to be respectful and responsible.

Over the last twenty years, people have shared lots of fun Love and Logic success stories with us. Some have even used it successfully on their spouses! Kids can be a challenge, but with a few Love and Logic tools, you can up the odds that the early years—and beyond—will be a joy. What’s the most important advice we give parents? Start as early in the child’s life as possible.

Imagine that you’ve joined a camping trip for parents and their toddlers, and you’re out in the bush, sharing this joyful experience with your four-year-old, who’s been enjoying the new scenery, the layers of leaves and mulch, the tiny creatures he’s discovered on the ground, and the sounds of the rainforest.

On the trip is a mother with a strong-willed toddler. Suddenly, the peacefulness of the forest is pierced by her child’s whiney voice. “Mummy, look at this. Mummy, come over here and look at this worm. Mummy, hold my hand. Mummy walk slower! Mummy, I want my bucket and shovel so I can dig up this anthill! Mummy! Mummy! Mummy!”

The mother looks at you with some embarrassment and says, laughing nervously, “Jake is always so bossy. I don’t know why.”

You smile politely and move on, but you think to yourself, “I know why.” This is another mother who is waiting until “later” to teach her child about responsibility and treating others with respect. You hope she doesn’t wait too much longer.

Why do some parents wait until later to begin setting limits and enforcing them? Why do some allow their toddlers to get out of control and begin running the home? Some parents believe that young children are too young for discipline. Don’t fall into that trap.

Let’s take a look at three common myths about discipline and young children.

Myth #1: Discipline and learning require language.
Some people believe that children cannot learn or benefit from discipline until they can converse. Nothing is further from the truth! Can the family dog learn how to sit, stay, come, fetch, and lie down? I’ve never met a pooch who talked, but I have met some parents who seem to believe and act like the family dog is smarter than their kids. How sad!

By the age of nine months, human babies are more intelligent than any other animal creature on the planet. Wise parents begin teaching discipline during the early months through simple, loving actions—not words. If your child, for example, throws her bottle, remove it for a while. If your child won’t sit in the high chair, fasten his seat belt. If you child runs away from you in the store, pick him up and gently carry him. Replace lectures, warnings and lots of words with actions.

Myth #2: A little child cannot remember and learn.
Have you ever promised a two-year-old a trip to the park or his favorite fast-food restaurant—and then forgotten to deliver? Will they ever let you forget? Never underestimate what young children can remember, and learn.

Myth #3: Setting limits will break a young child’s spirit.
Some parents worry about making their toddlers angry. These parents seem to reason, “If I make sure that she’s happy all the time, then she’ll grow up to be a happy, nice person.”

Wrong! At the Love and Logic Institute we’re all for happy kids. That’s why we encourage parents to set limits early. Why? Children who are made happy all of the time by their parents experience a major shock when they begin to grow up. Ironically, they soon become the most unhappy and demanding kids, and adults, you’ll ever meet.

When children act out, what they’re saying is, “Please love me enough to set some limits!”

Go to the Love and Logic website for more information